This post is a guest article I've been asked to write by the MIC Brussels for the 'Voice of The Expert' monthly post.

It's been 2 years now since I started working at the Microsoft Innovation Center Belgique. During that time, I've had many opportunities to meet new people, developers, entrepreneurs, many crazy and inspiring persons, and I have to admit that I learned a lot from all of them.

I spent most of my time discussing with other developers, in Belgium and abroad, answering questions and sharing my passion. I organized a few events with and for the Belgian french-speaking developers community among which are the Mobile Dev Day (mobile - mainly Windows Phone), the Pixels Festival (inspiring talks about dev/design/communication), and the Developer's First Monday (monthly afterworks on various MS-related technologies).

Everything I've achieved, I did it because I was lucky enough to have met people who helped me! That's why I try to attend as much events as I can, to make new contacts. That's also why I want to organize my own events in Wallonia. I want to create the right place at the right time so that other developers can also have the chance to meet the people who will make them lucky. tip #1: always try to meet new people.

It's been a lot of exciting activities, even if sometimes exhausting. And I definitely want to keep going that way. The belgian french-speaking Microsoft community growed very well, with 166 members at the time I wrote this article. Together, and with the support of Microsoft, we've organized many hackathons (SuperHack, //publish/, ...), and published many apps on the Windows Stores. But I want to do more. And I want to do it in a different way.

What's going on outside?

Yeah, that's a good question. What's going on outside of our Microsoft-centric world? During the last few weeks, we've been surrounded with an endless stream of exciting news from the Microsoft teams. We saw major releases coming with the Windows Phone 8.1 update, the new Universal Apps model, and a lot of goodness with Visual Studio 2013 Update 2, ASP.NET vNext, and more... I feel like every day comes with its bunch of good news.

We also have a lot of community events. That's one of the strength of Microsoft. The community is awesome. An esteemed PHP developer told me once that if he had to reconvert himself, he would be interested in doing Microsoft stuff, simply because of the active community.

But that's not a reason to ignore the rest of the developer's world. By meeting new people, I discovered new technologies. Well, not always... I already knew the existence of some of them. But this time, I took the time to give it a try. It's pleasing to seat next to a fellow developer who gives you a sneek peak of the latest feature of his preferred framework or language. By looking at other technologies, you'll find that most of your practices are shared by other developers. But more important, you'll learn new concepts and have new points of view that may help you in your everyday life, while developing with your own favorite language. tip #2 : always try to learn something new.

This is too much for me.

"Wait... you just said we were already drowning under all the new Microsoft technologies, and now you suggest I should also care about everything else? But, I'm already following 3843 Microsoft MVPs on Twitter and I subscribed to all the MS-related blogs feeds I could ever find. There's no way I can absorb more information!"

Well, that's right. You can't. And that's okay. There's way too much information bubbling everywhere. More and more companies and developers are sharing their products and bytes and codes every single day and it will not end tomorrow. If you start worrying about missing something, just take a break. tip #3: you'll always miss stuff. Deal with it.

I know what you are thinking right now. "Yet another hackathon, really?". Well, I’m not going to talk about your usual hackathon. You probably saw a growing number of hackathons the last few months. If you’re willing to travel in France, you can easily attend a Startup Weekend or a BeMyApp every weekend. But this one is different. I promise!

This hackathon is a way to say thanks to developers, while doing something useful. I'm talking about the MIC Summer Camp that we are organizing with the MIC Belgique.

During 3 days, we will stay in total nature, in the center of the Hautes-Fagnes, and we will work in team on Open Source projects that answers SMB/startups needs. Three days of prototyping, but also three days to meet other developers, learn new things, and to take the time to make a break. Be prepared to get out of you comfort zone : we have some fun activities planned to clear your mind.

This is actually the perfect place to put the three tips I gave you into practice. 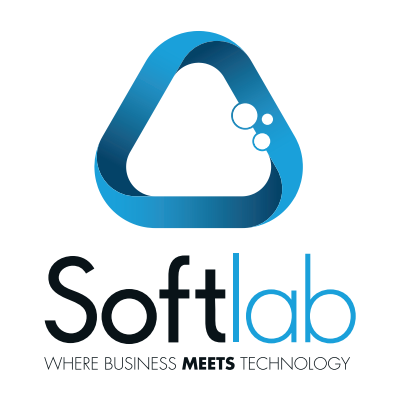